Everything You Need to Know About Cooking with Almond Milk

Folks all over the world have fallen in love with almond milk!

An excellent replacement for traditional cow’s milk, it’s not just vegans, those that are lactose intolerant, or folks with food sensitivities that are climbing on board the almond milk bandwagon, either.

But as popular as almond milk is right now, plenty of folks wonder whether this can be used in cooking the same way that dairy milk is used. We are happy to tell you that you can cook with almond milk – and you can bake with it, too!

Sure, you need to develop a couple of clever workarounds to swap almond milk for traditional cow’s milk in some of your favorite recipes. But with just a little bit of effort (and some creativity), you’ll find it’s a whole lot easier to cook with almond milk than you might have expected.

Let’s jump right in, shall we?

What is Almond Milk, Exactly?

Before we get into the nuts and bolts of actually cooking with almond milk, though, it’s important to highlight exactly what almond milk really is.

Universally regarded as the most popular plant-based milk substitute on the planet today (with annual sales touching $1.3 billion worldwide in 2019), the chances are pretty good that your favorite grocery stores keep plenty of almond milk options in stock.

But what you might not know is that almond milk isn’t really the “milk” you are used to.

How Do You Milk an Almond?

Almond milk is made by soaking almonds in water overnight, adding a little bit of extra water, some salt, and some natural flavorings (and usually a sweetener or two). The whole mixture is blended into an emulsion, filtered through a nut milk bag, and the end result is the almond milk that we all know and love.

Make your own almond milk by following these steps. Soak almonds overnight in cold water. Drain out the water and then add the mixture to a blender with fresh water and some salt. You can add additional ingredients for sweetness such as dates, honey, or sugar. Blend the mixture for about 2-5 minutes and then squeeze the mixture through a nut milk bag. That’s all there is to it – almond milk.

If you really wanted to, you could even make almond milk all on your own. You’d just need some almonds, some water, and a bit of salt, and you’re good to go!

How Does Almond Milk Taste?

If you’re used to drinking dairy milk, then it may take some time to get used to almond milk.

I actually enjoy the flavor and use it in my coffee and baking.

Breaking Down the Benefits of Almond Milk

There are a couple of reasons people love almond milk more than regular milk, and we break a couple of them down below:

For starters, milk from almonds is 100% lactose-free. If you have any sensitivities or intolerances to traditional dairy, you’re going to be all set when you make the switch to almond milk!

Next, you don’t have to worry about any potential hormone carryover. Modern dairy cows get filled with all kinds of chemicals and hormones to keep them healthy, and there’s always some potential for those to “bleed over” into the milk they make.

Almonds don’t have that problem.

On top of all that, almond milk is also a lot lower in calories, a lot higher in Vitamin E, and isn’t going to spike your blood sugar levels the way that traditional milk will.

If you’re on the keto diet, then almond milk is a lifesaver. It has 3% carbs and 7g surgar.

The most popular dairy-free milk is almond milk with over %50 of the market share and sales estimating $1.4 Billion dollars.

Coconut milk is a popular alternative to almond milk and had $919 million dollars in sales in 2020.

Can You Cook and Bake with Almond Milk?

Believe it or not, even though almond milk isn’t traditional milk, it can be cooked the same way as dairy milk – even using the exact same ratio!

Some recipes, though, will require a slight adjustment until you dial in the sweetness level, the consistency, and the overall texture. But as long as you start your swap off with that 1:1 ratio, you won’t have to deal with a lot of headaches or hassle.

The most remarkable thing about almond milk is that it can be used in sweet and savory recipes as a traditional milk replacement.

How Should Almond Milk Be Used as a Milk Substitute?

As a general rule of thumb, you’re going to want to use almond milk as a replacement for 2% milk in any recipe that calls for it.

It’s also important to remember that you’ll want to add a little bit of extra sweetener into the recipe when using milk from almonds.

Almonds themselves aren’t naturally sweet, and the milk they produce when you soak them in water will not be particularly sweet, either.

Almond Milk Can Double as a Buttermilk Option

You can actually use milk from almonds to replace buttermilk in a recipe.

You’ll need to have decent almond milk on hand (one with plenty of sweetness already) and a little bit of fresh lemon juice. Mix about a tablespoon of lemon juice into each cup of almond milk that you are using and allow the mixture to sort of thicken up on you.

The process can take anywhere from five minutes to 10 minutes (as a general rule), and it’ll happen all on its own. As soon as you get the consistency that you are after, you should be good to go.

Stick to the same 1:1 ratio for a replacement that we mentioned a moment ago, and you should be just fine.

Can Almond Milk Be Boiled?

A lot of cooking and baking recipes that call for milk will require you to actually boil the dairy milk before you add it into the mix.

You will be able to boil up your almond milk, but you’re going to have to be much more gentle with the way you boil up this mixture. The last thing you want to do is separate any of the core components – the almonds and the water that you have blended (or that were blended for you).

You also want to make sure that you aren’t burning the almond milk.

Heat the milk from almonds that you are using very slowly, very deliberately, and real methodically. You can simplify this process a bit more by using a double boiler or creating one with two pans.

Another shortcut you can use to heat your almond milk for recipes that call for warmed milk is tossing it in the microwave. You’ll eliminate a lot of the chances of burning your almond milk, and you’ll have a lot more control over the finished result, too.

Can Almond Milk Be Whipped?

If a recipe that you are working with calls for the milk to be whipped, you will be in a bit of a pickle using almond milk instead.

Milk from almonds (and pretty much every other nondairy milk out there) isn’t going to whip up the way traditional dairy can. There’s not enough fat in these kinds of milk to create that kind of consistency, and you’ll notice right away that almond milk is always a lot “thinner” than even 2% milk is.

If you are working with a recipe that calls for whipped milk or cream and don’t want to use the “real deal,” it’s not a bad idea to go with coconut milk instead of almond milk.

Full fat coconut milk (a world apart from the “beverage” coconut milk) can be whipped up reasonably well and used as a replacement for cream.

If you’re wondering if Almond Milk can be frothed, then the answer is yes, but not well.

We gave it a try and found that it bubbled a lot, but didn’t have the same thick foamy texture as dairy milk. I guess, I would say that almond milk doesn’t really froth that well because of its lower fat content.

If you’re looking to make a almond milk cappuccino or latte then try frothing fresh almond milk and make sure that you heat it to the perfect temperature.

How to Thicken Almond Milk

If you need to thicken your almond milk for consistency reasons, you can take a couple of different approaches.

You can either use a little bit of cornstarch or a little bit of baking flour to get the consistency where you want it to be. Just know that if you add too much of these elements into the mix, you’re going to end up with something that is as thick as a paste and rather flavorless, too.

Another approach is to use almond flour – basically ground up, pulverized almonds that have been turned into a flour themselves.

This is usually what many people like to do, especially if they have almonds on hand and a quality food processor. It adds a little bit of thickness and a little bit of almond flavor, something that traditional flour and cornstarch doesn’t do.

When you take this approach, though, make sure that you add a little bit of extra sweetener as well. You’ll need it to balance out the extra almond-ness if you’re shooting for a real milk replacement.

Ingredients You Don’t Want to Mix with Almond Milk

Though many people find milk from almonds to be incredibly versatile when using it as a traditional milk replacement, there are some ingredients that you are going to want to steer clear of.

Acidic ingredients in particular, are ones that you need to avoid, at least as much as possible.

Like we highlighted a second ago, a little bit of lemon juice (super acidic) is going to change the texture of your almond milk almost straightaway. Too much of that will change almond milk into a real thick paste – something gooey and unpleasant – and it will wreak havoc on the flavor as well.

Tomatoes should be mixed with almond milk very sparingly, too.

The acid level in these iswill change the way that almond milk tastes and its texture (in a noticeable way).

Steer clear of acids, and you’ll be good to go!

Can Almond Milk Be Frozen?

Another thing you want to remember when using milk from almonds and a traditional dairy milk replacement because you won’t be able to freeze almond milk.

The last thing you’ll want to try and make with this is an almond milk ice cream, for example!

Almost immediately upon entering your freezer, the cold temperatures will force the emulsified ingredients in this liquid to start separating.

Everything might look okay while frozen, but the second that your frozen treats start to thaw – even as it starts to get to room temperature – the separation will be immediately noticeable, and you’ll have a real mess on your hands in record time.

As soon as everything separates, you end up with a really weird tasting water and sort of gritty almond bits that are unpleasant on their own.

Hold off on sticking your almond milk into the freezer.

Just to wrap things up we want to include a handful of other tips and tricks you’ll want to keep in mind when you are cooking with this replacement for traditional milk: 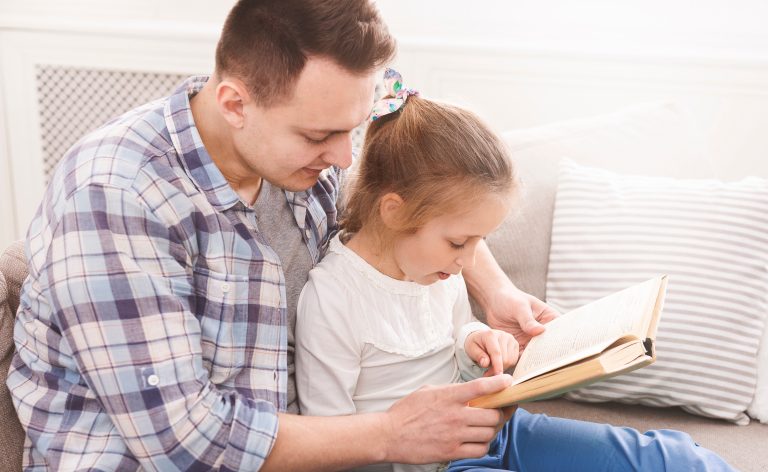 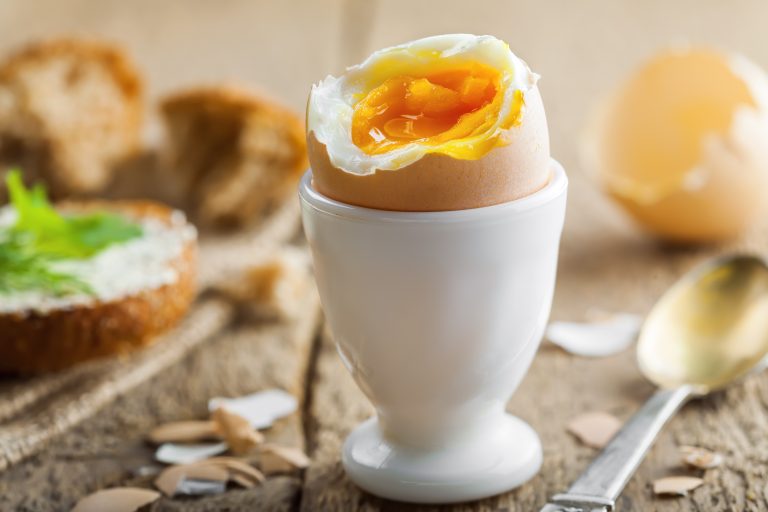 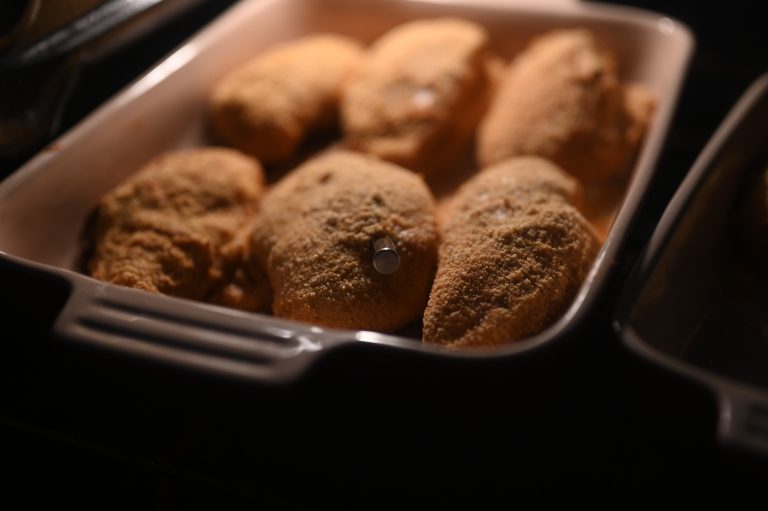 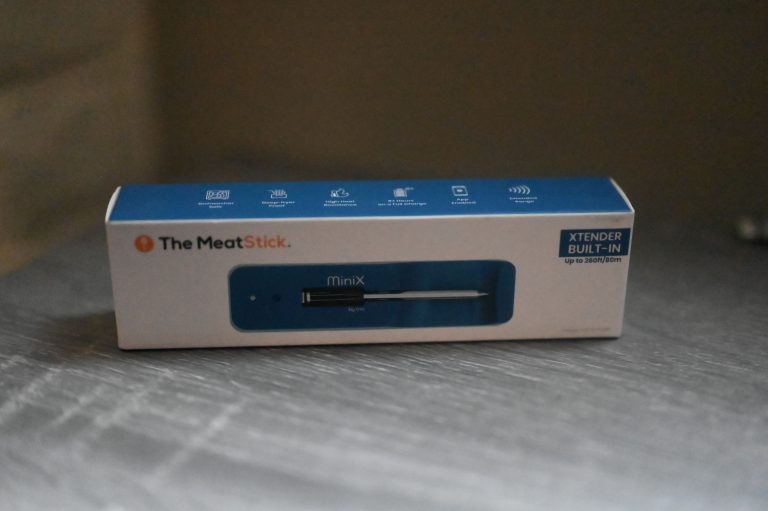