Home » Blog » Are Mini-Fridges Safe in a Bedroom?
Refrigerators

Are Mini-Fridges Safe in a Bedroom?

Jerry Wilson
0
The products and services mentioned below were selected independent of sales and advertising. However, Better Home Living may receive a small commission from the purchase of any products or services through an affiliate link to the retailer's website.

Refrigerators have become a common household feature of a modern family. It provides a secure and efficient way to store edibles and helps them to stay fresh by using a technology that reduces the bacterial growth in the food items.

It helps in keeping food fresh for a longer period of time, especially increasing the shelf life of perishable items.

Domestic refrigerators or fridges which is commonly used for storage of food items, is made in a range of sizes. A large domestic fridge may be up-to 6ft in length, 1 meter wide and with a 600 litre capacity. Whereas the smallest is the compact type refrigerators designed to chill beverages.

>>Check out the best compact fridges for water bottles or beverages here.

A growing trend is observed for the usage of mini refrigerators in a bedroom or dorm room or even in the basement, which no doubt adds to convenience but one has to also prioritize safety issues associated with it.

However, the first practical refrigerator was built in 1834 by Jacob Perkins. It used the vapour compression cycle. In the initial phase, this technology involved a refrigerating process that used toxic gases ammonia, methyl chloride and sulphur dioxide as refrigerant which has lead to many fatal accidents involving the leakage of methyl chloride.

Technology evolved with the passage of time. During mid 90’s ‘Freon’ (i.e. CFC or chlorofluorocarbon) become the standard of refrigerating, which was further upgraded to HFC 134a (commonly known as tetrafluoroethane or HFC), in order to become more environmentally friendly.

The flow control of the cooling agent into the evaporator is maintained by an expansion valve. The compressor pulls out the refrigerant from the evaporator and compresses it into a hot high pressure gas, which is being stored in an inbuilt cylinder. Other ancillary parts involves the coil and electronic back panel, both contributing to the whirring sound emitting from the refrigerator.

The first and foremost drawback is the whirring sound that a refrigerator makes. It has been suggested by studies that any sort of ambient noise causes sleep disturbances. Thus, the noise generated from the motor may cause frequent interruptions in the sleep patterns. Irregular sleeping patterns may result in depression, lower life expectancy, memory-related disease, and last but not least it causes mood swings.

However, it can be controlled by purchasing a refrigerator that uses high-end technologies along with quality control accompanied by periodic maintenance at the user end

The second drawback deals with the emission of radiation from the refrigerator.

This radiation is commonly known as EMF (or electro magnetic field radiation).

Most refrigerators will emit a very small amount of radiation, but even a small exposure may be harmful particularly if there are children of small age in the room. This risk also can be curtailed by using a high energy-efficient refrigerator or by using EMF radiation shield paint.

It is also preferred to position the unit in a localized manner so that the unit is not on the same side of a wall that a person is sleeping against.

Another drawback of having a refrigerator in the bedroom is that it releases waste heat. A refrigerator is able to cool down your food by “extracting” the heat inside of the refrigerator and pushing this waste heat outside. That’s the reason it’s always hot behind a fridge.

In many homes, the increasing temperature is the reason there’s mold behind the fridge. Such emission of waste heat also affects the sleep & sleep patterns of a person living in the room as the temperature of the room keeps fluctuating.

Having a refrigerator inside a bedroom could also pose an electrical fire threat. If it is used in an enclosed space then it is imperative to ensure that there is plenty of air circulating around the coils and vents in order to avoid overheating.

In other words, refrigerator gas (i.e. coolant or refrigerant) moves through a coil of pipes in a compressor which causes the cooling effect inside the fridge. This is done by transferring the absorbed heat to the exterior portion of the fridge. If the gas is unable to move as designed, then it may cause the coils to fail and damage your fridge or cause serious damage.

You must always plug the refrigerator directly into the electrical outlet. Usage of extension cords or adaptors should be avoided. It must also be ensured that dust do not settle and clog the exterior part containing wires and the compressor, to avoid any probability of incident.

A dusty fridge with restricted airflow is not only dangerous but also has to work harder, increasing the amount of electricity the unit uses.

Gas leak (commonly known as freon or coolant leak), though rare, may be catastrophic. Freon is a gas/liquid that is passed through the refrigerator which is consistently heated and cooled. If there happens to be a break in one of the coils or some sort of leak, Freon will be exposed.

A sudden and severe freon leak has the capability of quickly displacing the Oxygen in the room causing suffocation. Although, freon has very low toxicity, if the room is sealed an old refrigerator with a leak may have enough gas for a lethal dose.

One school of taught suggests that the release of freon in itself does not create any problem, but if it comes into contact with an open gas flame or gas water heater, it may create an adverse effect. It has also been suggested that HFC-134a (used in modern refrigerators) it has even lower toxicity then freon.

According to the Nation Research Council in rats the lethal dosage by inhalation is 567,000 PPM for four hours of exposure or 750,000 PPM for 30 minutes (Toxicity 25). The NOAEL being 50,000 PPM (Toxicity 33). [Refer: United States. National Research Council. Committee on Toxicology. Toxicity of Alternatives to Chlorofluorocarbons: HFC-134a and HCFC-123. Washington D.C., National Academy Press, 1996].

Be Cautious With Children

If you have children in your home, especially between 2 to 8 years, you have to be extra cautious with the mini fridge in your bedroom.

Its proximity increases the chances of an accident occurring with children. They may alter the setting of the fridge (knowingly or unknowingly), may play with wires, and also have the capability to cause damage to the food items inside the fridge.

It is advisable to keep a mini fridge, if you have to have one in a child’s room, under lock & key (child lock facility) and also use a mini-fridge as a stand along unit with anti-tip brackets in order to protect your child.

Also, using anti-tip brackets or straps would ensure that the refrigerator stays still if the floors are not even and the fridge isn’t sturdy.

The installation of a fridge on a surface covered with carpet or linen should be avoided because it obstructs the air circulation under the refrigerator.

This obstruction results in heat accumulation and thereby preventing both the condenser & compressor to provide the cooling effect.

Lastly, using a mini fridge in the bedroom probably adds to the convenient midnight snacks but on the other hand it poses passive danger like developing poor food habits or in some cases alcoholism.

For instance, if a mini refrigerator is used for keeping alcoholic beverages, then chances of a person using it on multiple occasion in a short span are on the higher side. Further, technological development has caused a paradigm shift in people’s lifestyles.

Physical activity has been reduced tremendously pursuant to growing online obsession (whether working, gaming, shopping or socialising). In some cases, the physical activity of a person is only restricted to his movement within the household.

If such a person uses a mini fridge in his bedroom so as to enable him access to food, beverages or even alcohol, then it will ultimately add to his sedentary lifestyle and then leading to a plethora of diseases like obesity, heart disease, elevated cholesterol level, anxiety, depression & diabetes.

The above discussion only entails exceptional scenarios. However, one may hedge the adverse impact by taking precautionary measures like buying the appliance from trusted vendors, ensuring proper maintenance & regular check-up, avoid water accumulation inside the electrical system, placing the refrigerator away from direct sources of heat like direct sunlight or radiators, and ensuring safety from children.

Also, one has to pay as much attention to the inside of the fridge as you do to the outside of the fridge. It is preferred that you adjust your mini-refrigerator temperature dial as needed to maintain an internal temperature of 40 degrees Fahrenheit or cooler, in order to accustom it with the change in season.

Studies conducted by The Academy of Nutrition and Dietetics, suggests that warmer temperatures encourage the rapid growth of bacteria that can cause food borne illnesses. They also recommend instant cleaning of any spills, and ensuring that fridge is not packed to full capacity to enable proper air circulation inside the fridge that helps to keep food at a safe temperature.

Are Mini Fridges Safe In Bedrooms?

We can conclude that usage of a mini-refrigerator in the bedroom is safe provided all the necessary precautions have been taken.

The Best Retro Refrigerator For Your Home

The Best Refrigerator For Your Garage 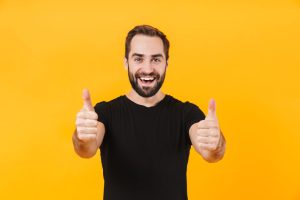 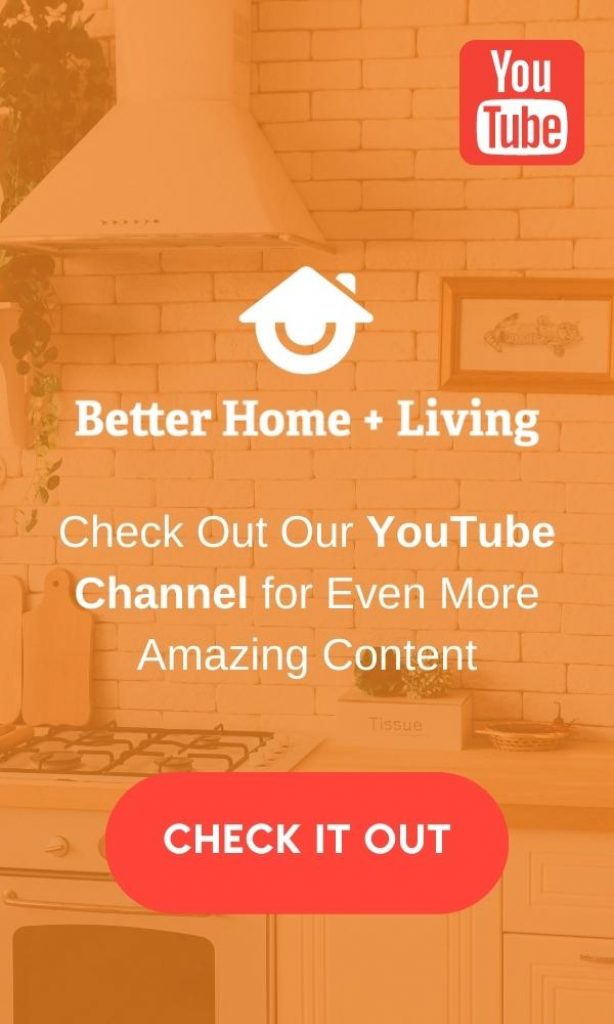 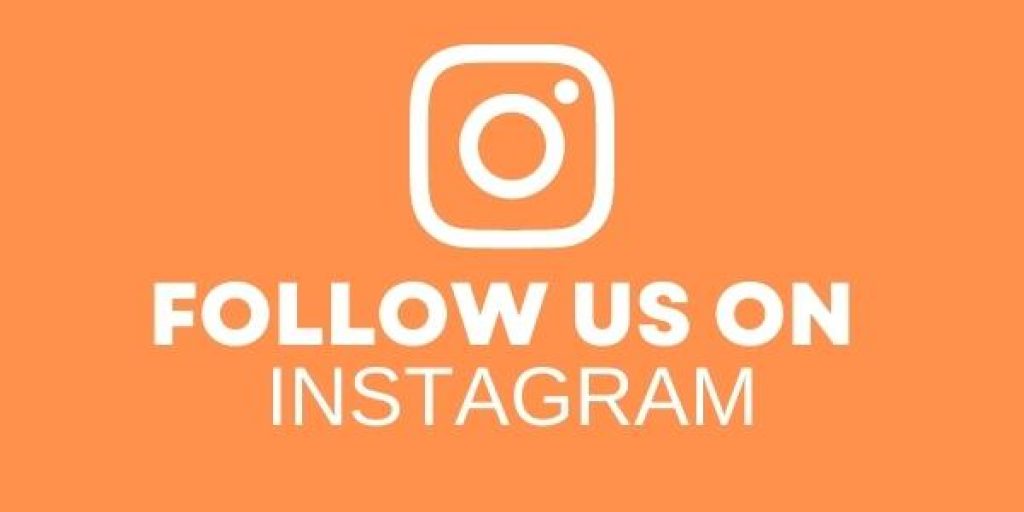 10 Benefits of Manscaping: Why I Have a Manscaping Routine

How to Clean a Countertop Ice Maker (Guide with Photos)